Some people say it’s impossible to make a list of the five best anything in the world, but I think they’re just not decisive enough. Food is subjective and can be so personal, but I would bet good money that this list is fairly exhaustive.

Sometimes when travelling it can be easy to slip into bad food habits, because it is so much easier to find something that will just fill you up, rather than nourish your soul. I’ve compiled this list of restaurants that offer healthy, beautiful food that is not just something to fill your belly, but also give you an experience, and help you feel more ready to face your next adventure. 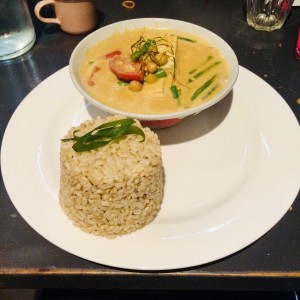 Madame K’s is somewhat of a hidden gem, not because people don’t know about it, but because it has the slight misfortune of being opposite another vegan restaurant which is more popular, WHATEVER IT’S CALLED. I’m not sure why it’s more popular, but I suspect it may have something to do with the slightly more comprehensive menu, and the fact that it’s just a little bit cooler. Madame K’s is a fairly traditional Thai restaurant with the most delicious tofu I’ve ever had. I’ve never had a bad dish in there. If I were to give any tips on what to have it would be to start with the satay with roti – I have never had better roti anywhere.

Dirt Candy is something as unusual as a vegan restaurant with a set menu. Located on the lower east side of New York, it looks fairly unassuming from the outside, and when coming in you are faced with a choice of either six or nine dishes. These are changed on a seasonal basis, but you can’t go wrong with any of them. Even if the food wasn’t amazing I would still put them on this list because it is so delightful to see that fine dining is waking up to plant based food, but luckily the food is all good enough that I don’t even have to fib to put them on the list.

Lao Wai is a Chinese all vegan restaurant in Stockholm. It is fairly small and booking is recommended as it books out quickly, even on a random Tuesday night (as I had the misfortune of discovering the last time I went there). The food is simple and delicious, with many unique flavours that you don’t find easily in other restaurants – they make great use of Thai basil, for example. I would recommend going for dinner as the lunch is fairly uninspired (rolling two week menu with one dish per day, so if you happen to not like the dish of the day you’re out of luck), but if you do get a seat for dinner it is divine. 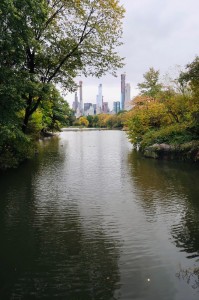 This restaurant is mostly on this list for their fantastic spaghetti squash with tempeh. I still dream of this dish. I’m slightly worried that when I go back it will turn out to not be as amazing as I remembered it, but until then I live in hope. The Butcher’s Daughter do both breakfast, lunch and dinner very well, which seems slightly unusual – it seems most restaurants fall down on at least one of them. Well worth a visit.

Manna is a cozy, comfortable restaurant that offers all the dishes you remember from your childhood (and a few you don’t!), but vegan, and frequently updated to be better, fresher, more interesting. They’ve been in Primrose Hill for over 50 years, and it’s clear that they’ve been refining the menu consistently over that time.

Ruyi & Lyn is the new modern and trendy spot in Kuala Lumpur, located on …