While most of the world got ready to usher in the year 2020, the Chinese government announced that dozens of people in the city of Wuhan fell sick with a new virus. Few would have guessed what the next months would look like.

The virus was identified as a new member of the coronavirus family and was named COVID-19, and it quickly became everyone’s topic of discussion as it spread throughout the world. Unlike something most never experienced before, airlines grounded flights, travel was restricted, jobs were lost, restaurants closed and the economy took a hard nosedive. As of June 12, 2020 the World Health Organization (WHO) reported 7.4 million confirmed cases, and 418,294 deaths worldwide.

So how do you get COVID-19? Like the common cold or influenza, it spreads when a sick person coughs, sneezes, or speaks. The most common symptoms are fever or chills, cough, and tiredness, with some also reporting a new loss of taste and smell. With symptoms ranging from mild to severe illness, face masks and social distancing became our main means of protection while states began to issue orders to shelter-in-place.

Although COVID-19 has become one of the most significant pandemics in modern history, there has always been another epidemic quietly eating away at the United States which would soon come to the surface. On May 25, 2020, George Floyd, an unarmed black man, was killed by a police officer in Minneapolis, Minnesota. For 8 minutes and 46 seconds, George was crushed under the knee to the neck, while other officers watched, and bystanders recorded while pleading for his life. He called out for his mother, and cried out that he could not breathe, but this was not enough to make it stop. This was not the first time that an unarmed black person was brutally killed. Merely months before, Ahmaud Arbery was chased down and killed while jogging, and the list goes on: Breonna Taylor, Trayvon Martin, Philando Castile, and many more. But this time, something was different, something broke. Racism, the silent epidemic that had been kept quiet for centuries could no longer be ignored. From San Francisco, California to Washington D.C and even worldwide, streets filled with thousands of protesters demanding #justiceforgeorgefloyd, chanting #Blacklivesmatter and #icantbreathe. 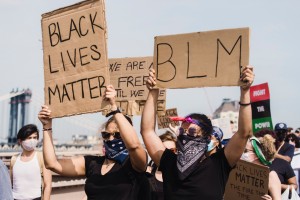 People of all colors and backgrounds coming together to fight against injustice was something many have never seen before, and in the midst of all the protests, the importance of social distancing and masks went to the backburner.

Right here in Dallas, we have already seen 13,585 cases, and 280 deaths, and large crowds of people shouting and singing close together with some doing this without masks, would certainly be a perfect opportunity for the virus to spread. 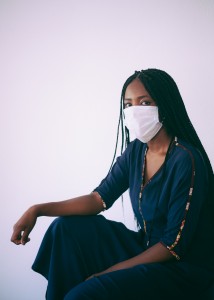 We wanted to see people protesting peacefully and safely to prevent a spike in cases of COVID-19 so we began to ask for donations of face masks that we could give out during these events, and quickly, we began to get answers from various organizations, including Meetcaregivers and C. Adeola. Masks were given out during the Dallas Stand Up for Justice protest held on June 6th, more will be distributed during upcoming events, and to help our community, we will also be sharing masks with local businesses so customers without a mask can use one to shop safely.

In the midst of a pandemic, a fight for social justice has broken out throughout the United States, and we are hopeful that these efforts will bring about reform and newfound unity between all. In the words of Dr Martin Luther King Jr. “Our lives begin to end the day we become silent about things that matter.” We have chosen to longer be silent, but we must remember to also do it safely.

If you live in the Dallas area, and need a mask, please reach out to us at deshabillemagazine22@gmail.com.

1 How the Coronavirus Pandemic Unfolded: a Timeline. https://www.nytimes.com/article/coronavirus-timeline.html.

“The biggest lesson I learned is that you can’t do everything alone!  You need a …