“For us cooking peace is generating social fabric. Regardless of whether they are victims or offenders, when we come around in the kitchen we create a social fabric.”

Juan Manuel Barrientos, chef and owner of the restaurant elcielo, located in Medellin and Bogota’, started 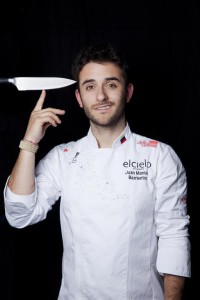 his career in 2004, studying gastronomy in Colegiatura Colombiana in Medellin. After that he went to Argentina looking for the well known Iwao Komiyama, Master Chef in sushi and Japanese cooking, at his side Juan Manuel learned the rigorousness  and the techniques implemented in a kitchen. In 2005, he entered Restaurant Arzak in San Sebastian, Spain, where he learned the techniques and the compositions of modern cooking. 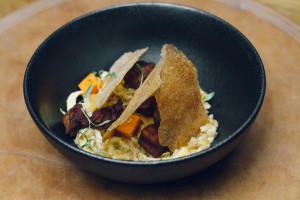 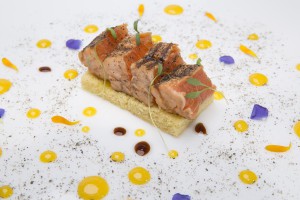 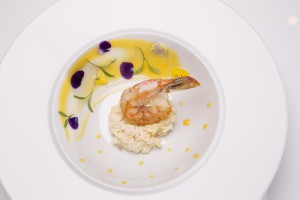 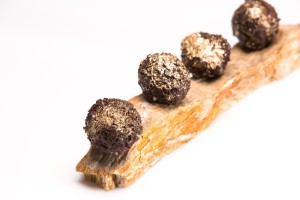 Back in Colombia, at 23 years old, Barrientos put in practice what he learned during his internship and decided to open his own restaurant elcielo, inspired by Colombian cooking and by using his creativity, adding groundbreaking and traditional techniques of cooking, using his knowledge in neuroscience in order to create special menus which generate emotions and feelings in clients. elcielo opened his doors in Medellin in 2007 and in Bogota’ in 2011, furthermore he has been the creator of the restaurant Blanco and Iwao, of the gastronomy magazine “Juanma Notebook”, the foundation “elcielo para todos” (el cielo for everyone) and the company “elcielo catering”.

Juanma,  apart from being a chef and an entrepreneur, is first of all a leader of peace.

elcielo foundation is a non profit entity, legally constituted on November 14th in 2013. Here, former soldiers  of the Colombian army, former paramilitars together with former guerrilleros from FARC or ELN have the chance to start their life again. Former enemies in the past, are put in the conditions to work together side by side as co-workers, learning how to cook and related services  that will help them to build their career in the future. The foundation promotes plans of scholarships, in this way their contribution becomes part of the transformation of Colombia.

Chef Juan Manuel Barrientos has traveled around Colombia many times, with a focus in the Red zones ( guerrillas areas ) like Corinto (Cauca) to expand the program to demobilized guerrillas. “They are also victims,” explains Romero, former soldier but now Chef for elcielo.

“Many have been obligated to join up the guerrillas but I know that I can forgive our conflicts of the past, we can work together to create something new. Cooking peace” . In 2013 began a process of forgiveness and peace between guerrillas and the government, that same year, Juanma and elcielo foundation started a special program that helped the disable youth from insurgent groups and wounded soldiers to work together, in the belief that peace in Colombia won’t start from informal meetings and sit downs but it will begin when Colombians begin to forgive one another.

Chef Juan Manuel Barrientos was formally invited by the White House and President Obama as panelist of the global Entrepreneurship summit ( 2016) , event that took place in the University of Stanford in Sillicon Valley, USA. More panelists were invited as President Obama, Mark Zuckenberg , president and founder of Facebook and Sundar Pichai CEO of Google.

Where to find elcielo? 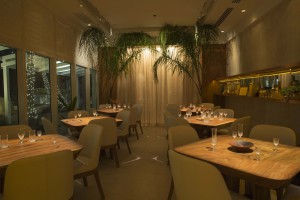 You can have your elcielo culinary experience in Florida, Miami. The touch of the chef Juan Manuel Barrientos is undeniable and also inspired by the Colombian ancestral roots enriched by the modern techniques of the neurosciences and avant-garde cuisine. Only local organic products grown in the state of Florida are used. 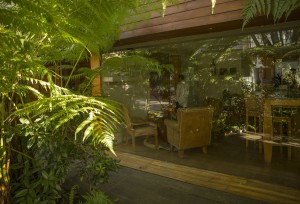 Come to elcielo Bogotá to taste  Colombian food presented in the most alternative and modern way. You will be able to try  and be surprised by new cooking techniques  such as cryogenic cooking, accelerated osmosis, sous-vide cooking, spherification, induction, deconstruction, the use of gelling agents, thickeners, and emulsifiers. This two-floor venue has been built with teak wood and its entrance has a fern garden and vegetation of native Colombian forests. It has been the most awarded restaurant of the chain! You discover why… 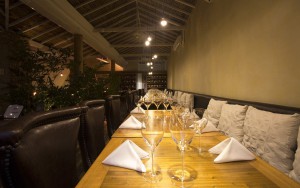 Medellin is the second most important city of Colombia. The elegant and marvelous rustic design honors the traditional paisa farms through three predominant elements:  leather, vegetation and wood.

May your Colombian experience be breathtaking!

Article written by Lyn Siew A chef-friend of mine recently opened his first cafe, and …

Quattro Tavoli (literally “Four tables”) is a place of numbers: as the name says, a …