THE HOUSE OF VARGAS – Part 1

Chanoa Tarle, a repeat Deshabille contributor, was lucky enough to discover the artwork of George Vargas. Once he began to produce fashion featuring his designs, she jumped at the chance to interview him. Of course we said yes…

George Vargas, multi-disciplinary artist, creative director, and now- emerging fashion designer – is not a person one easily forgets. He lights up with animation at the mention of his projects, quickly shifting from insights on spirituality, meditation and pop culture, to the benefits of this fabric over that one and societal predictions for the future.

It would be a disservice to reduce his nature to words. For a proper introduction, I’ll let his artwork and fashion do the talking.

The Sydney-based artist got his start as a musician. Then his love for music segued into another passion- the visual arts. Vargas says “the drawing got carried away” and today much of his images come from what he perceives when he listens to music. His first forays into art began with posters for songs, eventually leading up to fine art projects over the last 12 years.

Hosting huge Facebook castings to find people he was visually drawn to, exposed him to a world of possibilities. He would create a piece, the subject would connect him to more people, and so the chain of connections would continue. Then the Banksy documentary, “Exit Through the Gift Shop”, confirmed this newfound power of art. The film made him realize if the film’s protagonist, Thierry Guetta, could sell his art- then he too could be like a rockstar.

And so his fate was sealed. George Vargas, relative of 1950’s pin-up artist to the stars, Alberto Vargas, pushed forward with his art career. George became very drawn to the goddess theme and Pagan elements, leaning towards fun cartoon characters with “abstract doodling everywhere”.

“There’s information in every single line and people just feel it. It’s like creating a new language.” – George Vargas

The obscure works may feature Egyptian pharaohs, pop culture figures (from David Lynch and Andy Warhol to Cookie Monster and Jim Morrison) or any one of his favorite goddess muses like Australian model Alex Patterson and Mara from NYC who feature in many of his pieces. “It goes back to an adoring aspect – women are always powerful,” says Vargas.

Look out for Part 2 of this feature to learn how spirituality would impact George Vargas’ work, and the launching of his luxury fashion brand, The House of Vargas.

Editor’s Note: When the author interviewed the artist for Deshabille Magazine, the video call wouldn’t register her face. After their conversation, Vargas looked her up on Instagram and saw her as a striking character for his pieces. She is now one of his muses, featured regularly in his works. 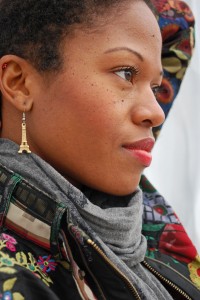 DM: Hello guys, we are very happy to get to know you better… let’s start …