PAWS UP! was founded by two group of animal lovers who aims to lend an extra hand to animal shelters who are in need for an extra boost to raise awareness for the good work they do. They believe that by channeling our love to animals, makes us a better and tolerant society.

Currently, PAWS Animal Welfare Society, a local shelter fostering over 500 abandoned animals is adopted charity for PAWS UP. Their hope is to find these animals a permanent home! 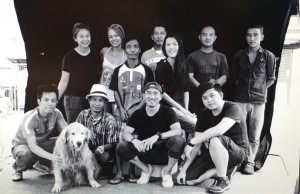 PAWS (Paws Animal Welfare Society) was founded in 1987 by a small group of local and expatriate volunteers. Through their generosity and imagination, PAWS was constructed on a patch of land on the Subang Airport Road. The organisation depends entirely on the generosity of the public through donations or proceeds from charitable events organised and run by volunteers.

As part of its campaign, PAWS UP! a community project co-founded by Restauranteur Lyn Siew of Ruyi & Lyn and GoBear Malaysia’s Marketing Head, Amelia Lim organized the first of the two-part series to showcase collective works of rescued cats that were up for adoption from PAWS in a different light. The  first installment entitled “Paws Up! Meow Around the City” in collaboration, Zungz Photography raised RM10,000 through the auction of 13 photographs.

This second series will feature 20 of man’s best friend. Shot by Kim Mun, whose works has graced many local as well as International magazines and also print commercials for Malaysia, China and Vietnam.

His back to basic in his style of photography, goes right to the heart of the subject he shoots thus bringing out their truest and most natural emotions which reveals in his works.

Held at RUYI&LYN in Bangsar Shopping Centre, this cocktail evening encourages “competitive compassion” where the photographs will go to the highest bidder. As part of this cause, cocktail sponsor, Ruyi & Lyn, printer and framers- Colorific Printers, Creative Design Agency – Option 5, Extreme Limousines and GoBear Malaysia generously sponsored their time and resources toward the cause.

“This is indeed a different way to showcase our shelter dogs in a different setting. Kim Mun’s simplicity in photography really brought out the undiminishing spirit of our shelter dogs. We were greatly encouraged by the generosity of the supporters in the first round and we are looking forward to a great night with the founders and supporters of PAWS UP!” says Chia Ern Leong, Shelter’s Administrator, PAWS Animal Shelter Malaysia. 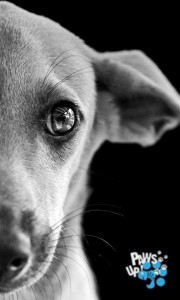 “PAWS UP advocates “The Mutual Rescue” concept because we believe that rescued animals are more than just a pet. They are educators of life’s lessons: they teach honesty, loyalty and unconditional love. They hold an integral role in society as lifelong companions and therapists to the less fortunate” says Lyn Siew, co-founder of PAWS UP!

In 2017, PAWS UP! looks to expanding it initiative with bigger plans and beside advocating pressing issues such as the compulsory micro-chipping of pets nationwide, PAWS UP! is now on a lookout for a donated piece of land to run a self-sufficient mutual rescue animal shelter.

The urgent plight of shelter animals that are in need of adoption is high and where even more animals (these are the lucky ones) are left at the doorsteps of the shelters. The hope is that one day we can move to a society where shelters are no longer a necessity.

So, if you are in Kuala Lumpur, we invite you to visit this charity photo exhibition and auction featuring rescue dog portraits by renowned photographer Kim Mun. It will be held on 9th January 2017, from 6pm onwards at RUYI&LYN, Bangsar Shopping Center. Everyone is welcome to be a part of this fundraiser by submitting donations or placing a silent bid in acquiring one of the iconic photography works. All proceeds go to PAWS Animal Welfare Society, Petaling Jaya. 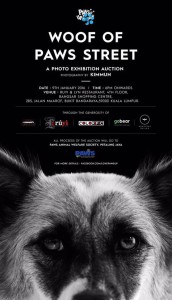 “Time teaches you to focus on the things that matter, take the positive and leave …

“I have decided to stick with love. Hate is too great a burden to …

19th October, meet us at Lumiere London – Look @ Me Event Déshabillé Magazine has …